Lorraine Immelman, founder of the Michelangelo Awards says the judges were unanimous in their view that South Africa was making the finest wines in its history, complemented by a diverse and exciting component of top-quality spirits.

“This year’s judges included sommeliers, wine and spirits producers, educators, spirits experts and influential journalists from Europe, the Far East and the Americas, some of whom have judged on numerous Michelangelo Awards panels in the past,” she says. “The quality of wines are at a noticeable all-time high, with the brandies and other spirits termed world-class in terms of distillation technique and diversity of flavour.”

“The high number of double gold medals certainly reflects the judges’ comments and the scores which were returned this year,” says Lorraine. “Despite an extra workload due to the number of entries eclipsing the 2 000 mark for the second year in a row, judges were unanimous in agreeing that the standard of entries was the highest it has ever been in terms of both the wine and spirits categories.” 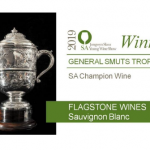 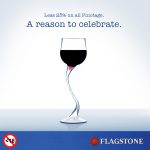