Pinotage, a cross between Pinot Noir and Cinsault (also called Hermitage, hence the contraction), was first engineered by Stellenbosch University’s Professor Abraham Perold in 1925. The first commercial bottling was released in 1961, namely the SFW’s 1959 Lanzerac Pinotage.

Today, Pinotage is the seventh most widely planted variety in South Africa, making up 7.2% of the total area under vineyard at the end of 2019.

This year’s Pinotage Report is convened by Winemag.co.za and sponsored by multinational financial services company Prescient. There were 57 entries from 33 producers and these were tasted blind (labels out of sight) by a three-person panel, scoring done according to the 100-point quality scale.

“Pinotage has a reputation for being a challenging variety and it has resulted in some quite rustic, inelegant wines in the past. However, this was a very satisfying tasting with plenty of characterful wines on show,” says Christian Eedes, chairman of the tasting panel and Winemag.co.za editor. “The variety seems to be benefiting from some particularly considered, imaginative work in both vineyard and cellar and there is a nice spread of styles emerging.”

Our Writer’s Block Pinotage is crafted from a single vineyard block high in the Waaihoek Mountains, above the sweeping Breedekloof valley, an hour and a half’s drive north of Cape Town. This is the highest vineyard in the area, planted in ancient, decomposed granitic soil. We believe we’ve found an exceptional vineyard block for Writer’s Block. Everything about this site is special: the combination of soil, slope, climate, aspect and grape variety works brilliantly. 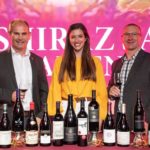 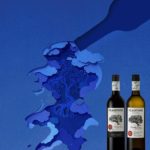