Flagstone is Most Listed Winery at The Sommeliers Selection 2017

The 2017 ABSA Top 10 Pinotage wines are predominantly from established cellars with solid track records in the world of Pinotage, regarded as South Africa’s most successful ‘indigenous’ variety. There were 147 entries in this year’s competition held at the Cavalli Estate outside Somerset West on 3 August.

2017 commemorates 21 years of ABSA Bank’s involvement with the Pinotage Association. The Top 10 laureates in this annual event are among the finest ambassadors of Wine SA, all judged to be masterful expressions of the Pinot Noir Hermitage/Cinsaut cross that dates back to the previous century.

Beyers Truter, chair and founder of the Pinotage Association, is overwhelmed by the expansion of the market for Pinotage and the passion with which winemakers have embraced this grape cultivar over the past two decades,

“Our 21-year journey with Absa has been full of many highlights and it is pleasing to see how the bar continues to be raised year after year. One of the objectives in creating the Absa Top 10 Pinotage competition was to improve the quality and perceptions of this lovely, uniquely South African wine, and, looking at the standard of the finalists this year as well as the degree to which Pinotage has been embraced, we are definitely on the right track.”

Truter goes on to emphasise just how much the quality of Pinotage wines has increased, particularly during the past decade, applauding the producers of all the wines included among the finalists for their exceptional commitment and hard work,

“Pinotage is a grape that needs special viticultural and winemaking techniques. It can be tough and demanding, but when you get it right the rewards are astonishing, world-class masterpieces.”

Flagstone has now won five trophies with Writer’s Block Pinotage and the 2017 award makes it 3 years in a row with 3 consecutive vintages. 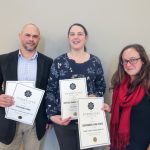 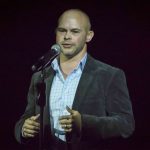