The winners of the 2019 Standard Bank Chenin Blanc Top 10 Challenge have been revealed!

Chenin is believed to have originated around 500 years ago, being the offspring of two French white grapes, Savagnin and Sauvignonasse.

While previously grown almost exclusively in South Africa and in France, it is now cultivated in 23 countries and has become the world’s 26th most planted variety, covering somewhere between 33,000 and 36,000 hectares.

South Africa accounts for most plantings at just over 17,000 hectares.

According to Ina Smith, manager of the Chenin Blanc Association, the 10 winners in this year’s challenge provide ample evidence of South Africa’s major advances with the variety – so much so that it’s influencing other winemakers.

The association’s chairman, Ken Forrester said a key takeout from a recent international Chenin Blanc congress, held in Angers, France, was that the Chenin excellence attained by many South African winemakers in recent years had prompted the French to give more serious attention to the grape.

“What’s important is that increasing critical and academic attention is good for Chenin wherever it is produced,” he said.

The 2019 Standard Bank challenge winners were chosen from 150 entries submitted by 87 producers. 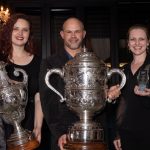 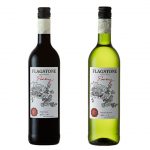