Although no two harvests are alike and each year is memorable for different reasons, the 2017 harvest pulled our winery from pillar to post and it is with sweaty brows and tired hands that we conclude this year’s harvest.

2016 continued the drought cycle experienced in 2015, a late and short winter brought 40% less rainfall than long-term rainfall figures expected. We then had a very dry spring with cooler temperatures and although growth was moderate, the vines appeared to be in good health.

A distressing hallmark of this past season is the plethora of devastating fires that have wreaked havoc on so many vineyards in the Western Cape. We were very fortunate to have avoided any fire and smoke damage to our vineyards.

The last week of January brought 20-40mm of rain, sadly we’ve seen almost nothing since then. The rainfall put a hold on ripening for the next week and then the floodwalls broke. We took in 60% of our harvest over a 3 week period; this same volume usually arrives over a 5 week period. Flagstone’s team never ceases to amaze and thanks to a herculean effort this triple volume influx was managed exceptionally well and we made some stunning wines.

The last delivery of the season was the Cabernet Sauvignon destined for the single varietal Music Room and Dragon Tree blend.  A full red wine cellar fermenting Shiraz, Cabernet Sauvignon, Mouvedre and Malbec is keeping us busy and looking at the post fermentation wines the current standing outs are the Sauvignon Blanc, Chenin Blanc, Pinotage and Shiraz.

Overall the 2017 vintage looks to be a good harvest, certainly above average in quality with a crop of very healthy, small berry grapes destined to produce big bold wines. We’re excited to watch the hard work pay off. 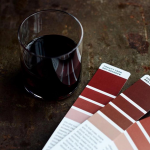 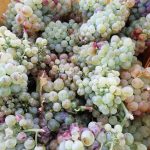