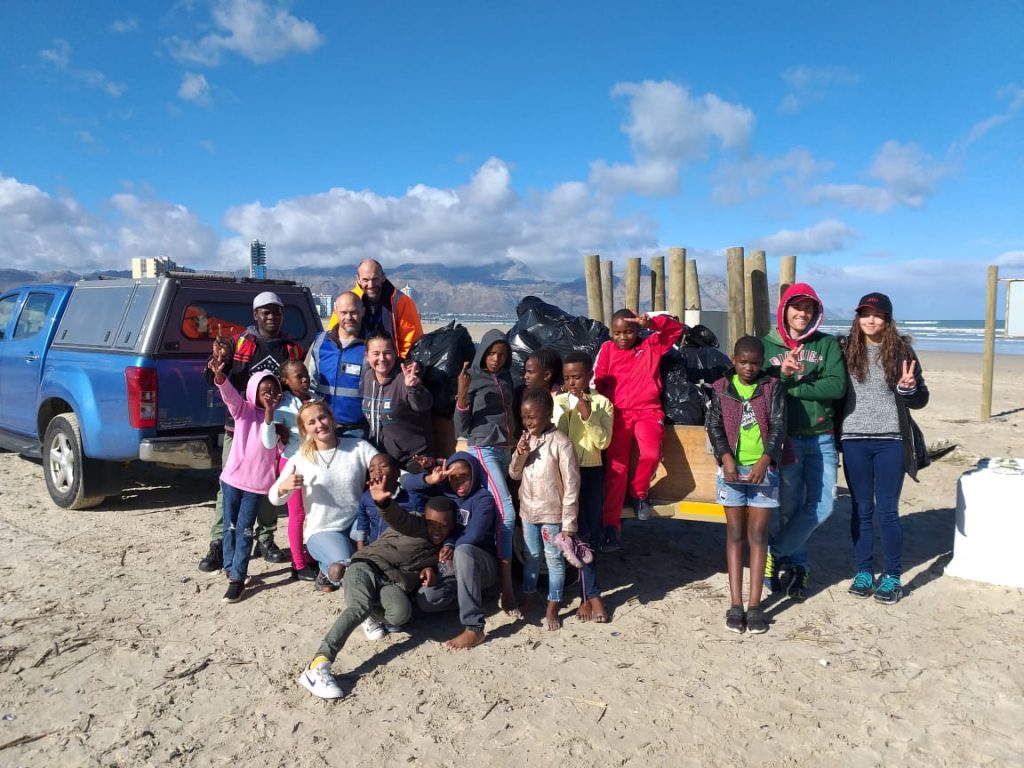 Busamed Private Hospital brought along “Buddy” the dolphin to instill a fun message of marine conservation in the children’s hearts.

The clean-up was also joined by Natashia de Wet of Circular Homes, who aims to stop food waste going to landfills by turning it into compost in our own homes. The clean-up went fantastically, with the sound of laughter filling the air, while bags and bags were filled with trash.

Overall, about 100 bags of litter were cleared out from the beach and Lourens River banks by volunteers. A visual change was made, and new bonds made with people who care for the marine environment.

The Lourens River, which runs into the sea at the MPA, is bringing in a lot of plastic bottles and trash from surrounding and upstream areas.

HOAM brought along a canoe for the clean-up, and very quickly it was realised that despite the river looking generally fine, when taking a closer look among the reeds and on the far bank of the estuary, the amount of litter, especially plastic bottles and polystyrene, was disheartening.

A number of volunteers were ferried across to the far bank of the estuary to assist with this large task, and very quickly about 10 black bags were filled to the brim from cleaning up only a small portion of the river bank. Much remains to be cleaned up.

HOAM will be working closely with the Lourens River Conservation Society and with Plastics SA to look at solutions on preventing the litter entering the river in the first place and to capturing anything before it enters the MPA and the ocean.

Another problem with the river is that it tends to have unacceptably high readings of E. coli, that tend to peak at various points along the river including the river mouth, and this problem will also be investigated.

Saturday was proof that working together with various local organisations and stakeholders, positive change can be made, to help protect the MPA and our local beaches and oceans.

The MPA is a small but special section of Strand Beach, put aside for protecting seabirds that roost and breed there, as well as for protecting fish nurseries in the Lourens River estuary and fish populations in the sea. 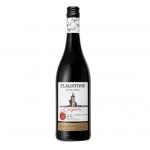 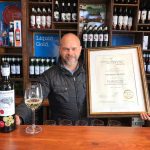